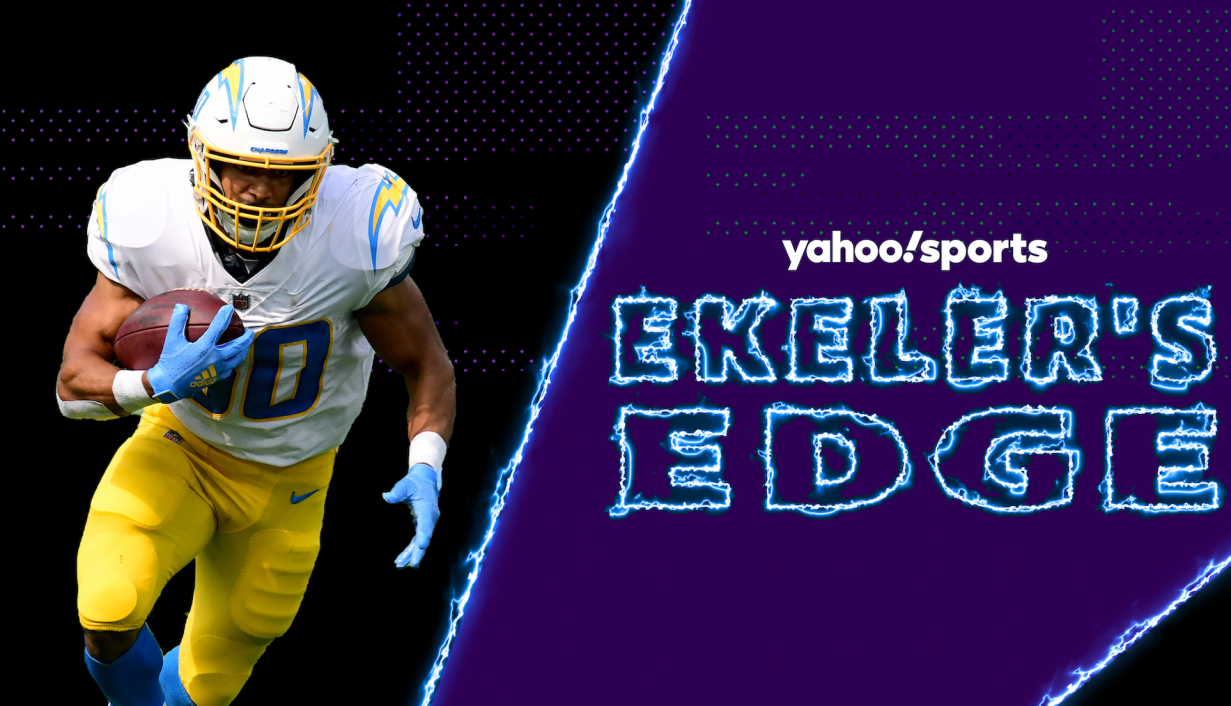 Ekeler will create and star in weekly fantasy show titled “Ekeler’s Edge.” The show will debut later this month and spotlight fantasy players that are prone to have a big week based on his personal experiences facing the opposing defenses in the league. Ekeler will also conduct interviews with other football stars and fantasy enthusiasts from all walks of life. Combining Yahoo’s award-winning fantasy platform, “Fantasy Football Live,” expert commentary from fantasy football analyst Liz Loza, and Ekeler’s insider perspective of league trends and cultivated fan base, the new programming will help fans stay ahead and informed during the football season.

Yahoo Sports and Ekeler will also host live conversations throughout the season to answer their fans’ most burning questions, offering unique perspectives for the fantasy community. The new programming will co-stream across Yahoo Sports as well as its associated social platforms including TikTok, and Ekeler’s channels, including his popular Twitch channel (Twitch.tv/AustinEkeler) to reach his avid fantasy fans.

In addition to the season-long partnership with Austin Ekeler, Yahoo Sports announced a series of new initiatives designed to innovate the fantasy football experience, offering fans new ways to get in on the action for this season, including:

Fantasy players will have the opportunity to qualify for the championship through various free and paid contests throughout the first 10 weeks of the season. Sixty winners and their guests will then attend a surprise-filled VIP weekend in Maryland, complete with accommodations at MGM National Harbor Resort & Casino, roundtrip airfare for two, $500 in resort credits, and a series of special events. The first-place winner of the contest will be crowned with a $100k prize, and all qualifiers will walk away with a cash prize. For more information visit sports.yahoo.com/dailyfantasy/yffc.

Continuing to expand its offerings for fans, Yahoo Fantasy Plus, the Yahoo premium subscription service that provides a series of exclusive tools for fantasy players including access to premium research tools, trade insights and easier lineup management, will introduce the new feature “Trade Hub,” making proposing and completing trades easier and more fun to debut for football. Yahoo Fantasy Plus, which offers an edge on the competition with draft, trade and research tools and much more, is now available on mobile and desktop for the football season. Yahoo Fantasy players can sign up for a free 7 day trial here.

Yahoo Sports will introduce  “Shark-Free*” Daily Fantasy contests, providing an opportunity for more players to win the biggest cash prizes. Players will have the opportunity to compete in a wide range of Daily Fantasy football contests, including single-game contests and multi-entry contests on a level playing field, beginning with the Week 1 NFL Baller contest with a $1 million prize pool.

Draft Together by Yahoo Fantasy, Available Now for Football

Draft Together, a popular new feature on Yahoo Fantasy that enables fans to draft together while on video chat, rolls out for Fantasy Football this season. Private leagues with up to 12 teams can use Draft Together on desktop and the Yahoo Fantasy mobile app. Draft rooms open 30 minutes before each draft starts, so users can join early to catch up with their league and test out the video chat before starting to make picks. The interactive experience gives users more flexibility for draft parties — which are inarguably one of the most enjoyable parts of fantasy. Learn more about how Draft Together works here.

*Players who have consistently won large amounts on Yahoo DFS will no longer be eligible to enter multi-entry contests, and will be labeled as “Super Veterans.”  Super Veterans will still be able to participate in head-to-head matchups and all single-entry contests.

This article was written by a 3rd party news source. To read the full article, please visit their website.